Car rolls over multiple times on I-19 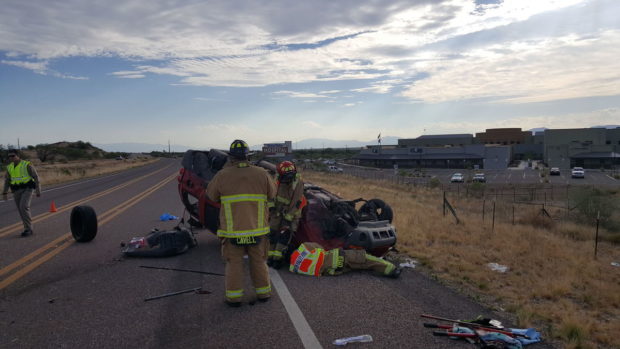 Two Nogales men were not seriously injured after their vehicle rolled multiple times on Interstate 19 on Tuesday morning.

The incident occurred shortly before 7 a.m. when the driver lost control of the vehicle while heading northbound. The vehicle rolled several times, coming to a rest on the east frontage road in front of the Green Valley Hospital.

The 42-year-old driver and an 18-year-old passenger were both transported to Banner-University Medical Center Tucson. The driver had minor injuries and the passenger had non-life-threatening injuries. Both were wearing seat belts, according to the Green Valley Fire District.