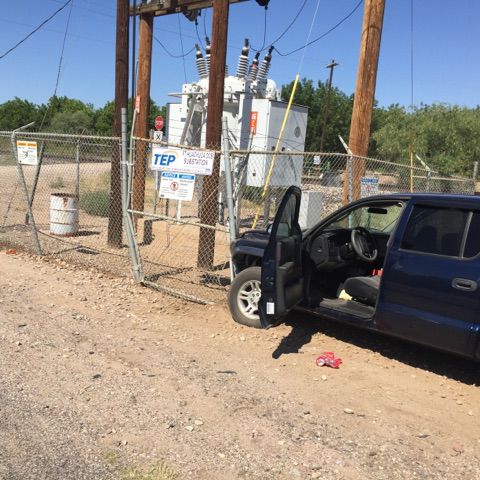 Nobody was around a car that hit a power station near Quail Creek on Wednesday afternoon.

The Green Valley Fire District responded to the area, north of the community along Old Nogales Highway, shortly after 3 p.m., but found no occupants, according to the fire district.

There were no outages caused by the crash and Tucson Electric Power is on the scene. The matter is being investigated by the Sahuarita Police Department.