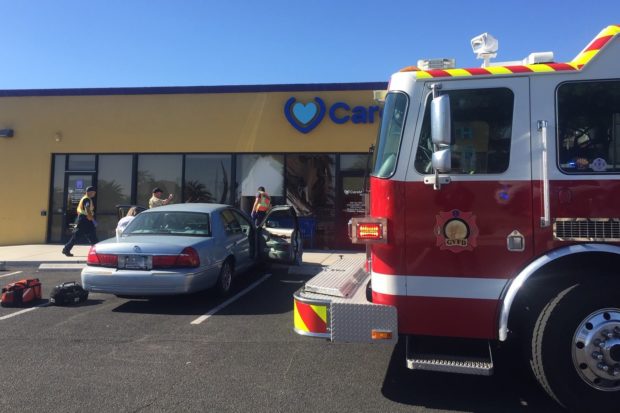 Green Valley Fire District spokesman L.T. Pratt said two people were on their way to the CareMore in the 100 block of West Esperanza when their car went over the curb into a bench, pushing the bench into the building’s wall. The people in the car and the building emerged unscathed, he said.

The Pima County Sheriff’s Department is investigating the accident, which happened around 8 a.m.