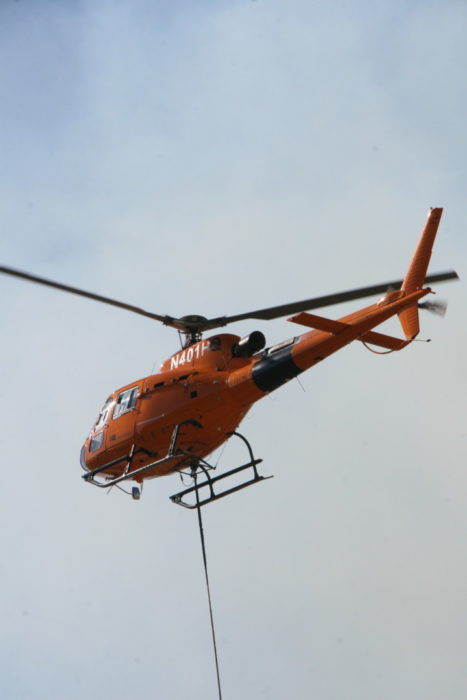 Seven agencies, 150 firefighters, a helicopter and a handful of air tankers battled a stubborn brush fire in the Santa Rita Mountains on Sunday.

The Sawmill Fire was reported at 11:55 a.m. Sunday and was about 5 percent contained by 5 p.m., said L.T. Pratt, a spokesman for the Green Valley Fire District. The cause of the blaze, which was visible from Vail to south of Green Valley, remained under investigation. 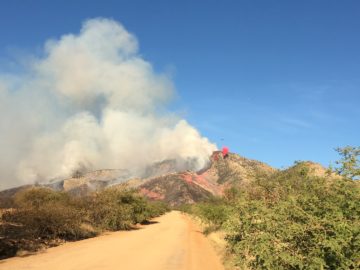 Pratt said the fire had charred about 1,500 acres, including land on the Santa Rita Ranch. One home was threatened but appeared to be out of danger by late afternoon. Several structures on the Santa Rita Experimental Range operated by the University of Arizona also were threatened, but thus far the fire has not claimed any buildings. Twelve people were evacuated from the area, and a large trailer was brought in by ranchers to evacuate cattle mid-afternoon.

Nobody was injured in the blaze, and Pratt said hand crews were coming in later Sunday. Earlier in the day, fire crews set back fires to keep the blaze from jumping roads leading to Madera Canyon, Pratt said.

He said one helicopter was dropping water on the blaze, and several aircraft dropped slurry near Box Canyon and on the Santa Ritas. The blaze spread across land owned by the state and the UA, and borders U.S. Forest Service land. 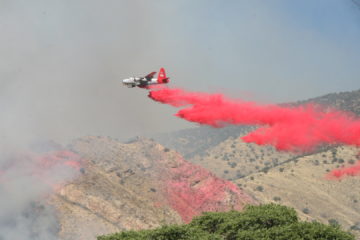