A 50-acre brush fire threatened several structures in Arivaca before it was brought under control Thursday afternoon. 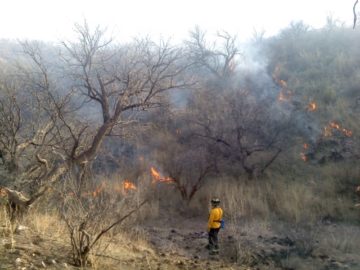 A spokesman for the Pima County Sheriff’s Department said the fire was sparked after somebody attempting to fuel a private bus spilled gas, which ignited. The retired school bus was privately owned.

Several structures were threatened but none caught fire, according to the PCSD. The fire was about 90 percent contained at 5:30 p.m., and was expected to be out in an hour or two.

GVFD sent one engine company, one support tender, and two Fire Corps Volunteers to provide Rest and Rehab efforts for the firefighters. 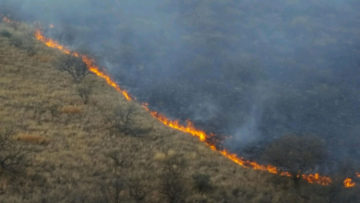