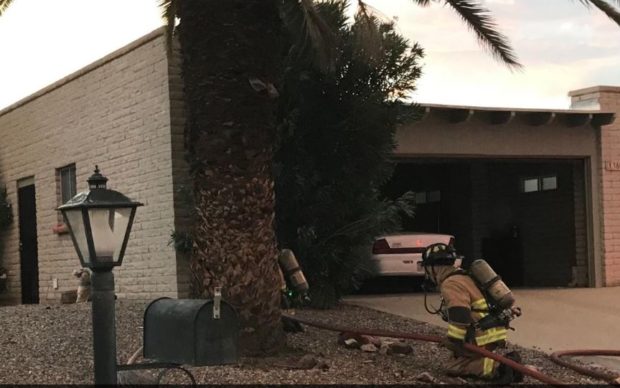 A worker for a bee removal service was stung more than 40 times during an attack Wednesday on Abrego Drive south of Continental Road in Green Valley.

According to the Green Valley Fire District, bees got into the worker’s suit and stung him on the face, head and neck. Firefighters rescued the worker, who is in his 50s, and took him to a hospital for evaluation.

Abrego from Santa Belia to Santa Inez is closed down and neighbors have been asked to stay indoors because the bees are behaving aggressively, according to a GVFD spokesman.