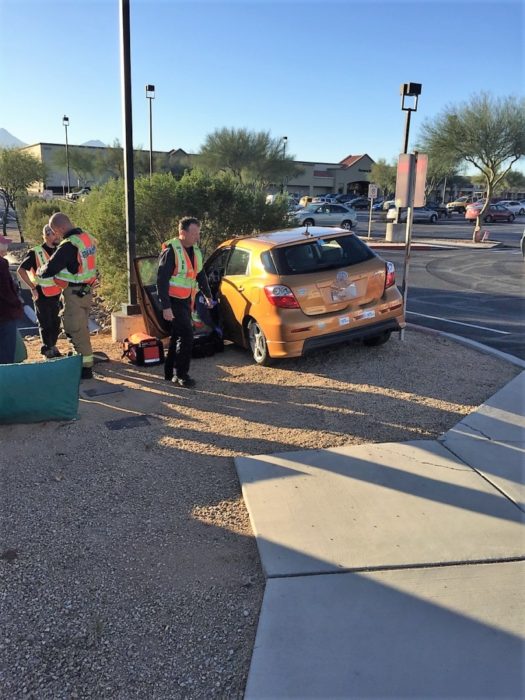 A Green Valley man was taken to St. Mary’s Hospital around 8 a.m. Tuesday after he crashed while driving himself to an urgent care facility near Dubal Mine Road and La Canada Drive in Sahuarita.  Green Valley Fire District spokesman L.T. Pratt said the man hurt himself at home and took a turn too fast as he was making his way to the facility in the Safeway shopping center.  The man suffered minor injuries in the crash and the earlier injury isn’t life-threatening, Pratt said. 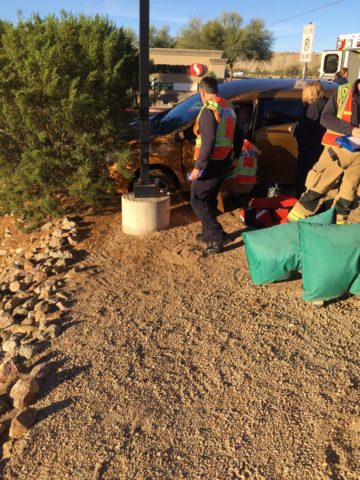