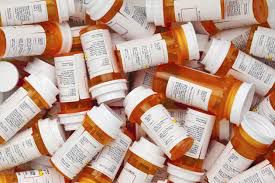 Open up your medicine cabinet. If you are 65 or older and have more than five prescription medications, you could be in danger.

An estimated 20,000 people die from medication-related problems annually in the United States, according to the Centers for Disease Control and Prevention.

Elderly people who take multiple medications are at higher risk of suffering medication-related problems, said Jeannie Lee, assistant head of the Department of Pharmacy Practice and Science at the University of Arizona College of Pharmacy.

Falls, bad drug reactions, overdoses, under-doses and bad drug interactions are all examples of what can happen, she said.

But aging can bring physiological changes that can cause problems if medications aren’t carefully selected or if doses are too high, she said.

“Examples of physiological changes with aging include having poor vision, decreased liver function, lowered kidney function, decreased muscle mass and increased fat, and more permeable brain (more chemicals including drugs can cross through),” Lee said. “As a result, certain medications may not clear out of the body as quickly and accumulate to cause adverse effects or toxicity; other drugs may cross into the brain cause dizziness, confusion, memory problems, etc.”

Adrianne O’Brien, a family nurse practitioner with the Green Valley Fire District, often wonders if some of the emergency calls she’s on every week, particularly those involving falls, are medication-related.

She says at least 90 percent of her patients are on five medications or more, “and that’s when you start running into problems.”

Cognitive impairment can be a big issue among patients who take a large number of medications, O’Brien said.

“Cognitive impairment is where you’re not able to think as clearly as you would without medications,” she said. “You can forget to perform daily activities, you may even forget to take your other medications.”

It’s not uncommon for O’Brien to have a patient tell her either they may have taken too many pills or they may not have taken them at all.

Bob Swendrzynski, pharmacy director at Green Valley Hospital, said it is not uncommon for elderly patients to stop taking medications, either willfully or because of memory issues.

“The more complicated the regimen is, in other words, more medications, more times a day, more people are going to mess up or just stop taking them,” Swendrzynski said.

Together, they can all spell disaster, O’Brien, Lee and Swendrzynski agree.

If a patient isn’t diligent about informing their primary care doctor about the latest medication their specialist put them on or vice-versa, the chance of a bad drug reaction increases, O’Brien said.

Throw in a hospital visit or two and the problem can get even worse.

It’s crucial for patients to visit their primary care physician within a week of being discharged from a hospital, especially if they’ve been prescribed medications, O’Brien said.

“Their doctor needs to make sure that their medication regimen is OK and that whatever caused them to go into the hospital is being carefully managed,” O’Brien said.

One Veterans Administration study showed that 44 percent of frail, elderly patients received at least one unnecessary drug at discharge, Lee, the UA professor said. Another study showed nearly 19 percent experienced at least one adverse drug event within 45 days of being released from the hospital.

Often times, hospital physicians assume their patients will follow up with their primary care doctor and they further assume those doctors will reduce or eventually eliminate any medications prescribed in the hospital, O’Brien said.

“But the doctor’s not going to call you and say, ‘It’s time to decrease that medication.’ You’ve got to be an active participant,” O’Brien said.

Patients also shouldn’t assume that just because they were in the hospital that someone signed off on all of their medications, Swendrzynski said

“Hospitalists tend to be reluctant to change medications because they don’t want to step on the toes of your cardiologist or your neurologist or your primary care physician,” Swendrzynski said. “As for specialists, it’s been proven that doctors know what they know. They don’t need to know everything, so they tend to say, ‘OK, I’m going to let the endocrinologist worry about the endocrinology drugs since I’m a cardiologist.’”

Lee believes medication-related problems can be greatly reduced with a team approach.

“We need better team care, where pharmacists or other professionals trained in geriatrics can be involved in hospital admission and discharge processes to conduct medication reconciliation,” Lee said.

Patients also need to be aware that if they use two pharmacies as a cost-savings measure, there’s no guarantee both have the their complete list of medications — there’s no universal database, Swendrzynski said.

As a result, patients are taking a chance that the pharmacist’s software won’t alert the pharmacist when their new medication is known to badly interact with an older medication, Swendrzynski said.

“Your profile at CVS only has CVS information,” Swendrzynski said.

During a recent Chicago Tribune investigation, reporters also learned people should not rely entirely upon pharmacies’ alert systems. Experts told reporters that the computer alerts are so common that pharmacists can get “alert fatigue” and ignore many of the warnings.

The Chicago Tribune tested 255 pharmacies to see how often stores would dispense risky drug pairs without warning patients. Fifty-two percent of the tested pharmacies sold the medications without mentioning the potential interaction.

CVS had the highest failure rate of any chain in the Tribune tests, dispensing the medications with no warning 63 percent of the time. Walgreens had the lowest failure rate at 30 percent.

To make matters worse, many of the medications in and of themselves can cause issues, O’Brien said. They include blood thinners, Ibuprofen and Aleve, heart medications, diuretics, antibiotics and medications for seizures, diabetes and anxiety.

“A patient might not understand why they’re having leg swelling, which is painful and potentially debilitating and it could be because of a medication,” O’Brien said. “A chronic cough can be medicine-related and so can fainting and weakness.”

“A lot of them aren’t well-studied so we don’t know the effects they’ll have on patients or how they’ll interact with medications,” O’Brien said. “Some of them aren’t even approved by the FDA so people really need to run them by their primary care doctor.”

The bottom line, O’Brien, Lee and Swendrzynski agreed, is communication. Patients need to be more proactive.

In addition, patients need to recognize when something is wrong and take action, O’Brien said.

Recognizing the need for more communication, Swendrzynski invited community members to a “Brown Bag” medication review at the hospital Dec. 7. Local residents were invited to bring their medications to the hospital so they could speak with a pharmacist one-on-one about medication benefits, side effects, dosages, interactions and generic alternatives.

In one case, a pharmacist discovered a patient was prescribed two blood pressure medicines by two physicians, Swendrzynski said.

“Both doses were low and he had no symptoms, but one of them may not be necessary,” Swendrzynski said. “Now that he knows, he can at least talk to his doctors about it.”

The event was so well received, Swendrzynski hopes to schedule another one.

In the meantime, Swendrzynski said he is sure most pharmacists will be happy to set aside time to meet with patients.