Most operations normal, no layoffs as mine deals with fire 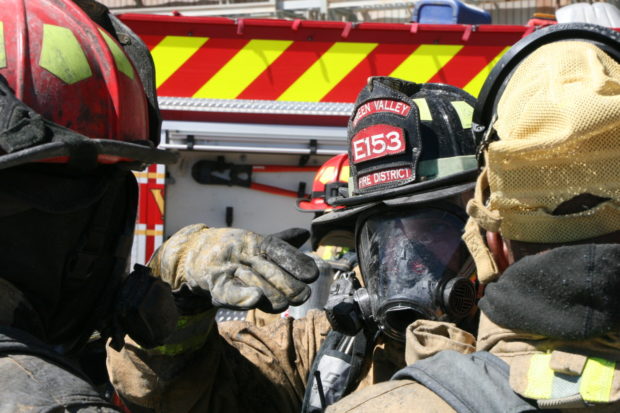 Production is temporarily suspended for one part of Freeport-McMoRan’s Sierrita Mine after a fire broke out Monday in a crusher room.

Work at other Sierrita operations, including the mine, SX/EW plant and molybdenum leach and roaster plants, are unaffected, and no layoffs are contemplated, a company spokesman said Tuesday.

The Green Valley Fire District and three other agencies worked nearly five hours to extinguish the blaze, which broke out just after 11 a.m. in a crusher room and spread, according to the GVFD. 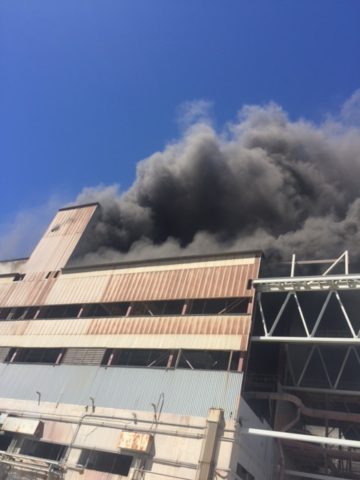 “One of the crusher’s belts caught on fire and that spread to their dust exhaust system,” said L.T. Pratt, GVFD community outreach coordinator.

The exhaust system has a rubberized coating that also caught fire, he said. The fire spread to an adjacent building through the duct system.

Thirty firefighters from the GVFD battled the blaze, which was reported at 11:19 a.m., alongside more than 30 firefighters from Drexel Heights, Rural Metro and the Tucson Fire Department. Using fire retardant foam and water, the fire was extinguished at 3:55 p.m.

No one was injured, Pratt said.

Eric Kinneberg, director of Freeport’s external communications, said Tuesday afternoon the extent of the damage and the cause of the fire remains under investigation. 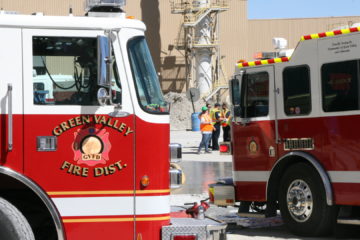 “Production in the Sierrita concentrator has been temporarily suspended while the damage is being evaluated and the steps to be taken for a safe restart are determined,” Kinneberg said via email. “The timetable for that process has not yet been developed.”

“No employee layoffs are contemplated during the time production at the concentrator is suspended,” Kinneberg wrote.

Kinneberg said he wanted to express the company’s appreciation to all of the firefighters who responded to the call, saying they performed “brilliantly.”

Located in the Sierrita Mountains, the open pit mine processes copper and molybdenum, which is used in steel alloys.