3 survive rollover crash on I-19 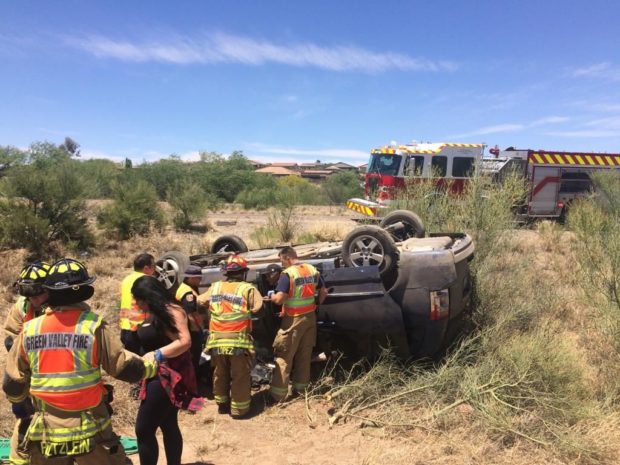 One of three passengers traveling in a four-door van was transported to a Tucson hospital with non life-threatening injuries after the vehicle flipped into the median along Interstate 19 this afternoon.

The patient was transported to Banner University Medical Center after the incident, which occurred near Canoa Road, a Green Valley Fire District spokesman said. Two other passengers were uninjured, and all were seat-belted, according to GVFD spokesman. The crash was called in at 12:20 p.m.