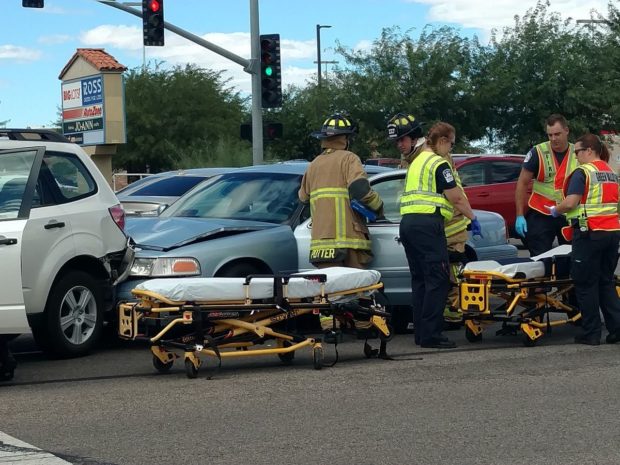 A preliminary investigation showed  one car driving west on Nogales Highway rear-ended another car, causing it to strike a third car, pushing it in the middle of the intersection at Abrego, said Sahuarita Police Sgt. Michael Falquez.
LT Pratt, a Green Valley Fire District spokesman, said two drivers went to the hospital with minor injuries and the third declined to be taken to the hospital.

All of the drivers were wearing their seat belts, Pratt said.